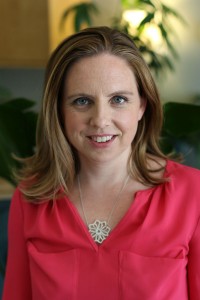 On a daily basis I am amazed by people’s ability to heal and transform. After working with our office, patients are able to move, walk, and sit easier than they ever imagined possible. They sleep through the night for the first time in years and forgive family members after decades of heartache. People heal from conditions that medical doctors told them they would just have to learn to live with. These changes, large and small, continue to astound me.

The healing power of chiropractic is something I have been experiencing first-hand since I was in high school. Over the years, I have seen chiropractors for a range of physical, mental and emotional challenges. Now I get adjusted because it keeps me happy, healthy and able to function at my best.

I grew up on the North Shore and studied philosophy as an undergraduate at the University of Chicago. After a few years as an economic consultant, it was time for a career in something that I was passionate about. There were few things I believed in more deeply than in the role chiropractic played in improving my emotional, mental and physical life. And so I enrolled at Life Chiropractic College West in California and received a doctorate in chiropractic. I have published papers in chiropractic journals, spoken internationally, and received awards for my research and writing. I have held leadership positions within a variety of chiropractic organizations. I am current active in local non-profit organizations including the Woman’s Club of Evanston and have been appointed by the mayor to a City of Evanston Committee.

About Dr. Will Vogds 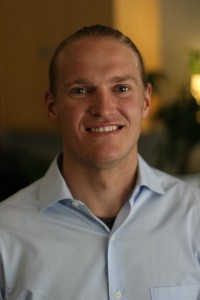 Dr. Will Vogds grew up in New Berlin, Wisc. He attended Carroll College, where he played football. He first began seeing a chiropractor as a result of pain and injuries from football.

Will received his doctorate in chiropractic from Life University in Atlanta, Ga. While in chiropractic school he was exposed to the power of the Bio Geometric Integration (BGI) approach to chiropractic and began immersing himself in studying the approach.

Will is passionate about adjusting babies and children. He also loves helping young athletes reach their full potential.

Will is at Chiropractic First on Tuesdays.