Poking my cat with a paperclip. To decrease pain. 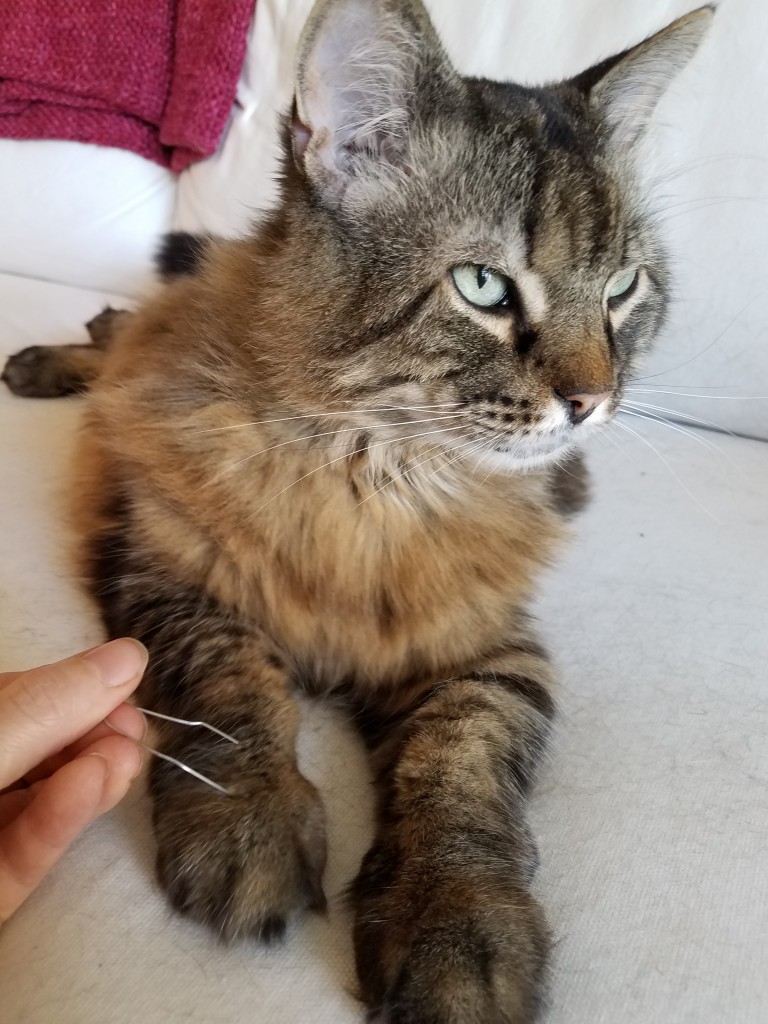 There is this neurological concept called Two Point Discrimination. It refers to being able to distinguish if the sensation you feel is coming from one point poking your skin, or if it’s two  points that feel like one.

Here I am practicing Two Point Discrimination with my cat Marin. [Do cat’s also have the same sensory processes we do? Who knows! But they do look cute in pictures.]

In this picture below, Marin can tell I’m poking his paw in two different places. The two prongs are so far apart! He feels the poke as two different points. 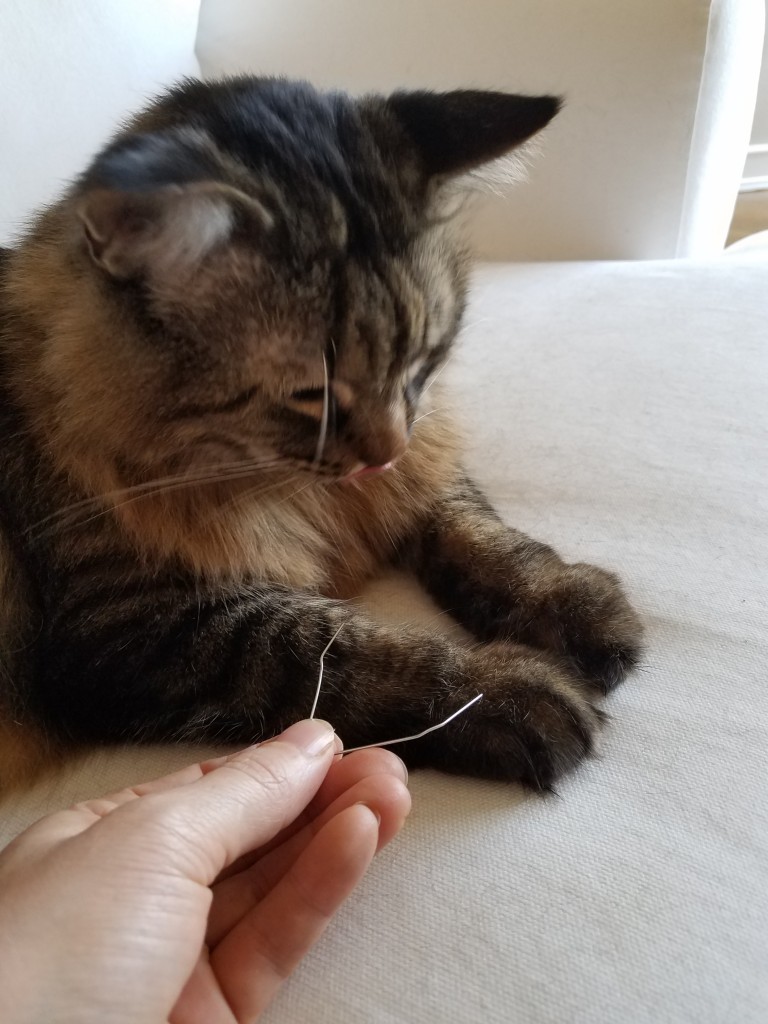 But in this picture? Hum… those points are getting close together. He has to think harder about if he feels two separate points, or just one point. 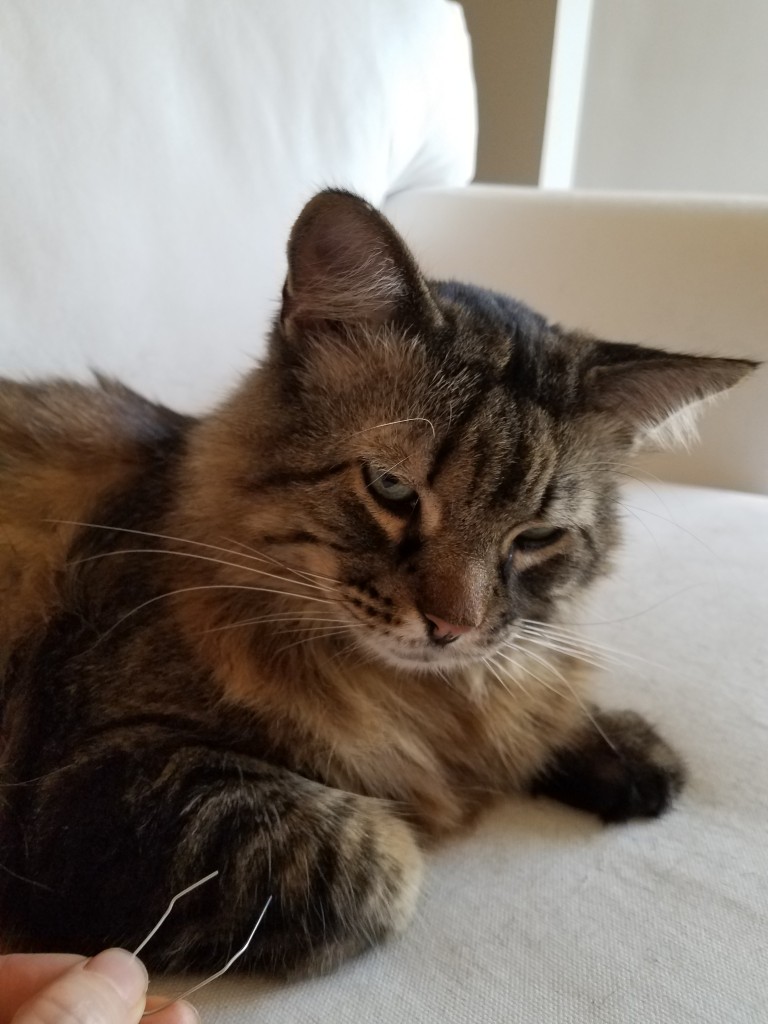 I hope he can feel it is two  points! Because if he can (and if he was a person) that would mean his two point discrimination is good. You want to be able to distinguish between two points when they are close together.

The better your two point discrimination, the less pain you have!

There has been some really cool research on this in the past few years. And we have learned a few things.

1)      The better your two point discrimination, the less pain you have.

2)      Chiropractic improves your two point discrimination, and lowers you pain.

3)      You can improve your two point discrimination with exercises at home.

View all posts by Meggie Smith →

One Response to “The office supply that will reduce your pain”